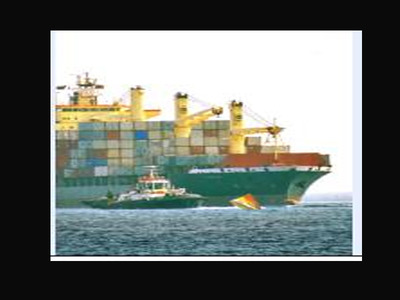 But sources within mercantile marine department (MMD) said that people with vested interests were blackmailing shipping companies knowing that they will pay a huge sum as compensation to save the cargo and avoid detention. This in turn was a reason for the sudden spike in the number of cases and that half of them were bogus.

According to a wellplaced source with the department, a collision involving a boat (Arockia Annai) illustrated the need for proper regulation in fisheries sector.

“The boat was fishing 60 nautical miles off the coast with no safety or navigational alert equipment. It seems, the tip of the boat was broken in the accident. If a ship had collided with such a small boat, then it would’ve been broken to pieces. In this case, the boat’s fishing net somehow stuck to the ship and its tip broke. However, following a complaint of collision, Navy and coast guard were alerted and the suspected vessel was diverted from Singapore to Port Blair and held up for 10 days. The ship sailed away after an out-of-court settlement,” said the official.

Though there was a substantial outcry against Amber L after two persons died and one went missing after a mid-sea collision, 36 cases were registered against the ship and ship owners almost abandoned the vessel fearing loss. It also got a tag - the murderous ship.

“As many as 36 cases were filed against Amber L, apart from the criminal case against the crew. Lawyers had even gone to Assam to get the signature of the family of the deceased to file a claim of over Rs 200 crore as compensation. If the case was settled out-of-court, families would have got at least Rs 3-4 crore as compensation and the ship would’ve left the country much earlier. Now, the court has let it go with a guarantee of Rs 1 crore. Even if legal proceedings would lead to a favourable verdict, which is doubtful since the boat didn’t have a valid registration, fisherfolk will only get a sum under Rs1 crore,” said a top official with the directorate general of shipping.

Sources said that a network involving lawyers – aware of the deep pockets of shipping companies – are active in Kerala.
“The route taken by ships is easily available online. If a boat somehow capsizes then a ship collision claim is made eyeing compensation by stating the location to be somewhere on the ship’s route. In Beypore mishap, rescuers gave exact location where the boat capsized and the nearest ship was located 8.7 nautical miles away,” said a source.

A British ship and two other vessels were held up at various ports based on suspicion. The former was held up at Mumbai port for a month as there was a scratch on its bow. A forensic process found it to be two months old. The ship was then let off, the firm incurred a huge financial loss, said an MMD official.

Kerala Matsya Thozhilali Aikya Vedi’s Charles George rubbished the MMD claim. “I am sure that fishermen alerted others about the collision before any advocate approached them with a compensation idea. MMD is cooking up a story to hide their incompetency. People died and portraying fishermen as pirates is absurd,” he said.